Curious to know how exactly Block Trackers works its magic?

We've provided an in-depth explanation as well as some tips and tricks for using this feature down below.


Enabling Block Trackers will prevent more than 400 major trackers from tracking you, a powerful way to limit your data footprint and reduce the information that third parties have on you.

How does it work? As you browse the web or use your apps, Jumbo checks to make sure that what you're trying to access isn’t on our list of trackers. If it is, that access is blocked, so the third parties never know a request was made and don’t get your data.

Are you monitoring my web traffic? Short answer: no. Our app captures broad analytics if you have not explicitly opted out of this, but this info is not related to any specific domains, trackers, or otherwise.

We log the count of requests blocked per domain in order to generate the report you see in the app (e.g. "300 trackers blocked last week"). This information is stored exclusively in your device and is removed every 14 days.

Is this a VPN? I was asked to authorize a VPN configuration. Block Trackers is not a full VPN in the sense we are not creating a Virtual Private Network. Both iOS and Android devices give developers a tool to interact with network traffic--the intended use of that tool was to implement VPNs. We are able to use this “VPN configuration” to allow Jumbo to filter out detected trackers.

In most cases, mobile devices can currently run a single VPN at a time. To keep Block Trackers from getting switched off, make sure you aren't using another VPN simultaneously with Block Trackers. If you have another VPN service that you want to use, we recommend that you use Jumbo's VPN to filter trackers and bounce back to your other VPN when you want to change your browsing location.

If you want to turn off Block Trackers and its accompanying VPN configuration, it is best to do it through the Jumbo app directly. Trying to switch it off through the VPN section of your device's settings will often prove unsuccessful.

To turn off Block Trackers: 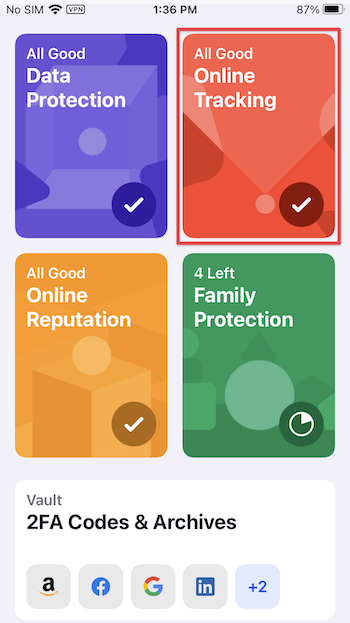 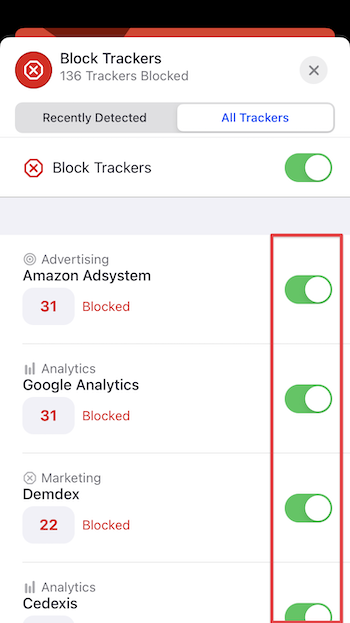 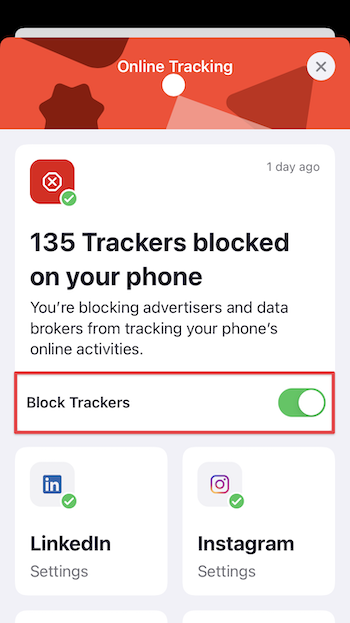 NOTE: Block Trackers is not an ad blocker. You will still see ads when this feature is activated, but your data will not be used for personalized ads.
Did this answer your question? Need more help? Contact [email protected] There was a problem submitting your feedback. Please try again later.
Last updated on November 18, 2021